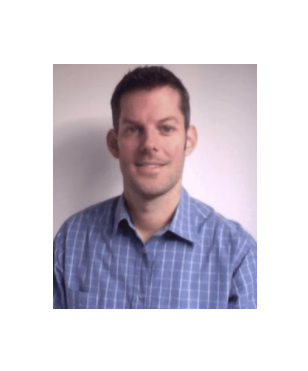 Henry Greenwood is founder and managing director of Green Schools Project. In the summer of 2015 he gained an UnLtd Do It award, has been supported by the Teach First Innovation Unit, has won funding and support from the RSA and graduated from the School of Social Entrepreneurs Start Up Programme in October 2017.

As part of the first cohort of Teach First in 2003 Henry trained as a Maths teacher at Kingsmead School in Enfield. During his time at the school he created and developed the role of Sustainability Coordi­nator. He assembled a group of enthusiastic Year 12 students who then embarked on an energy saving campaign that saved the school around £35,000 over 3 years, started a recycling competition in which 93% of forms took part, installed solar panels, created a vegetable garden selling potatoes, onions and carrots to staff, and carried out various other projects for which they were awarded the Eco-Schools Green Flag.

After 2 years as Head of Maths at Skinners’ Academy in Hackney he decided to step out of teaching in order to start Green Schools Project. The ideas and resources built up during the successful programme at Kingsmead have been used as the basis for this.

Find out more about Green Schools Project here or visit their website.