More than 31,000 species are already under threat of extinction...

Wildlife Conservation is the positive action taken to protect wild animal species and their habitats to prevent extinction.  Animals, big or small, all play an integral role in the survival of our planet’s ecosystems, the threat to which is becoming increasingly damaging and rapid.  Of course, aside from the scientific reasons, who can imagine a future generation that will never see a rhino, or an elephant, or an amur leopard other than in story books? 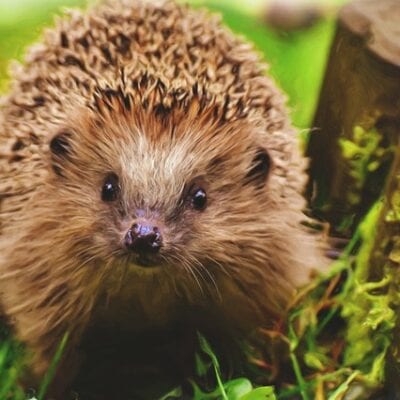 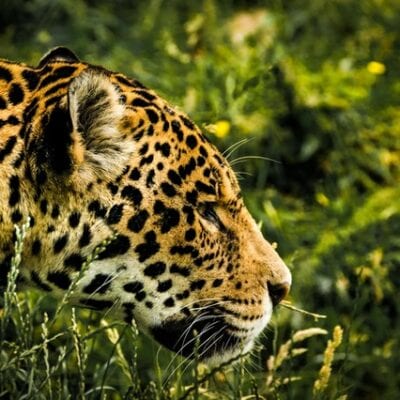 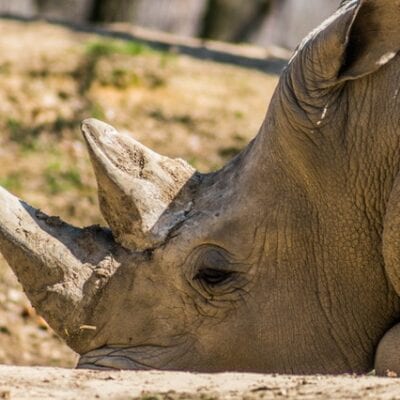 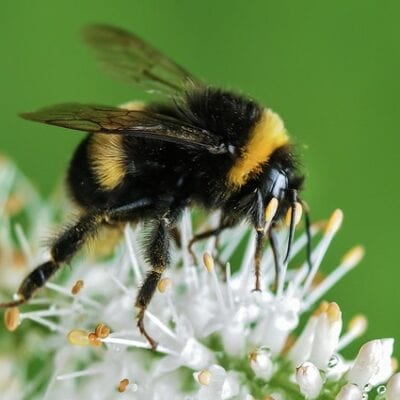 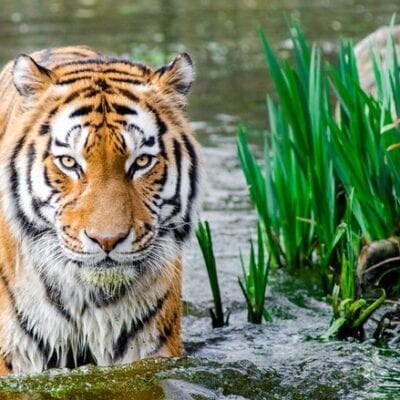 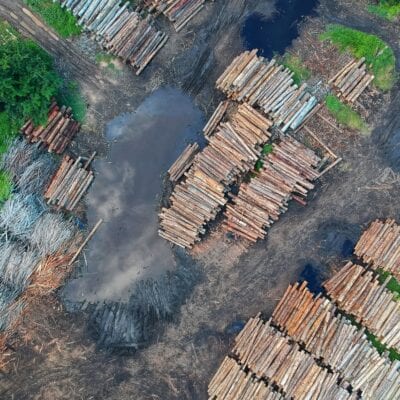 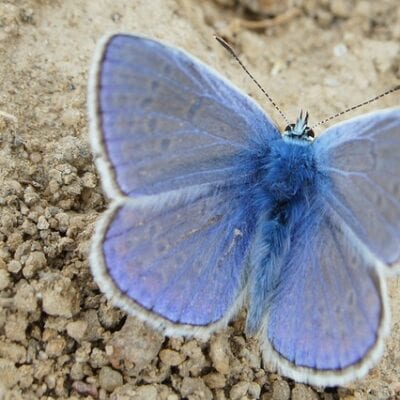 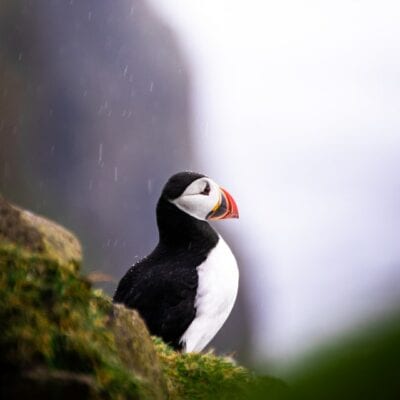 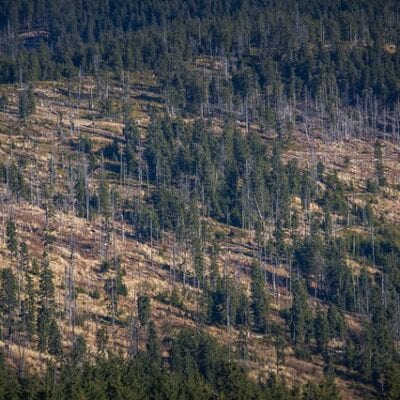 Wildlife conservation is important for biodiversity, & the extinction of a species can interrupt food chains as well as eco-systems & lead to further extinction.  Keeping the eco-system balanced means elements that are vital to humans & animals alike are kept clean, such as water & air.  The biological functions of the planet depend on animals, microorganisms & plants interacting with each other, which maintains nature cycles & in turn enhances our lives as humans. Restoring & preserving natural habitats means the chance of living a wild life rather than in captivity is more achievable through reintroduction programmes.

The IUCN (International Union for the Conservation of Nature) introduced the ‘Red List’ in 1964 to record the status of threat to animal species.  Currently, more than 31,000 species are threatened with extinction.  According to WWF, we lose up to 200 species per year, and up to 30% of wild species face extinction by the end of the century.

There are multiple reasons for the decline in wildlife, & the main points sadly are the result of human action.  Whether this is direct or indirect, the results are unfortunately the same. The main causes include: global warming, pollution, habitat loss and deforestation, poaching and illegal wildlife trade.  20% of the Amazon rainforest has disappeared over the last 50 years.

Wildlife conservation is not limited to exotic species of Africa and Asia; we must also consider threats to European and British species, with further serious knock-on effects.  For example, it would cost farmers £1.8billion to pollinate their crops without bees.

What Happens If All The Bees Die?

Where do the SDG's fit in?

In 2016 the countries of the United Nations committed to ensure global warming was kept to a minimum increase of 1.5°c  per year. Even if all the objectives on the agenda are met, the temperature will still increase by 3.8°c . Global warming means polar wildlife is suffering; ice is melting, & warmer seas impact reproduction greatly amongst marine life.  Bees are waking from hibernation too early, & due to severe changes in weather patterns, forests are experiencing severe droughts & devastating fires, whereas other area are suffering from flooding.

It is estimated that 50% of global sea turtles have eaten plastic or debris from our oceans, and freshwater habitats already lost 83% of their vertebrate species between 1970-2014. Overfishing, poaching and pollution cause destruction to marine life, coupled with the above issue of climate change.  In warmer seas, coral (an integral component of many ecosystems) is unable to repair, and the temperature determines the gender of turtle eggs, so too many females are born.

Deforestation for the purposes of agriculture, plantations (such as palm oil) & industrial building mean that not only are animals losing their homes & facing slaughter, humans are losing  the very necessities that enable us to breathe oxygen: trees.  The earth cannot regulate carbon dioxide as efficiently, yet factories continue to release more harmful gasses. Pollution, such as plastic & oil, is ingested by our wildlife, is trapping & injuring animals & causing problems to the composition of our soils, making it harder for  habitats to regenerate.  The illegal trade of wild animals for the black market or ’medicinal beliefs’ compounds the above environmental issues &  continues to disturb the already upset eco-systems of our planet by destroying food chains & biodiversity.  For example, pangolin scales and rhino horn are traded frequently, and tigers are often held captive for their bones for use in medicines and wines.

Up to 30% of our wild species face extinction by the end of the century if action isn’t taken towards conservation.  Just as we cannot witness dinosaurs walking our planet due to extinction, many other animals will also become a myth for future generations.  Imagine a world where rhinos, leopards & even hedgehogs are merely fiction?  Wildlife plays an integral role in keeping the biosphere in balance by interacting with plants & microorganisms—this is vital to the eco-systems of human life in terms of the air we breathe &  spaces we live in.  The more diverse an eco-system, the better.  A bee is a fantastic example.  Without bees, less food crops would grow. Less food means a crisis.  We depend on  wildlife as much as they need us, & its time to start taking action towards conservation before it’s too late.

yourself, friends, family and everyone else around you about species that are endangered or threatened, and what the major threats to wildlife both globally and locally to your home are.

species and their habitats wherever possible by supporting charities and sanctuaries, understanding our impact and respecting conservation areas, animals and the environment.

areas of habitat that have been destroyed by rewilding areas for species to live in, or by supporting charities that fund the planting of new forest trees. The more space wildlife has to live in and flourish, the more species we will save.

What is my favourite? Are they threatened in the wild?

Can I donate pre-loved items to a local wildlife charity shop?

Is there a sustainable alternative or can I apply the 3Rs?

Does my food contain palm oil?  Is it responsibly sourced?

Am I buying sustainable items? Could this harm wildlife?

What can you do to help your environment & future?

Spend more time in nature. Take note of the wildlife you see.  Is there anything missing you’d expect to see more of?

Reduce / Recycle / Reuse wherever you can – take a look at our ‘Waste: The Three Rs’ solutions page for more tips and information!

Buy sustainable gifts for friends & family, rather than disposable items, or from companies that donate a percentage to conservation charities.

Research & visit reputable zoos & aquariums to support conservation efforts.  There are many sanctuaries and reserves that offer legitimate programmes for conservation, protection and repopulation… look at their ethical practices to prepare!

Use our learning pages and resource links to understand and reduce your own carbon footprint.

Adopt a virtual animal, or even buy as gifts!

Look for wildlife documentaries on Netflix or YouTube, such as Blue Planet, Planet Earth, & ‘Save This Rhino’. Aldo Kane’s recent documentary is a must in understanding illegal wildlife trade!

Research this topic further – knowledge is power! Take a look at the IUCN Red List site, which shows all the most threatened and vulnerable species.

How to... start the change!

Donate what you can —find a charity that aligns to your passion & give what you can. A lot of charities now have ‘wish lists’ on shopping sites, and you can even earn donations as you shop through ‘Give As You Live’ or if you set up Amazon Smile when buying through them!

Volunteer for your local wildlife group or sanctuary.  Many look for people to help with feeds, maintenance or cleaning and there is little more rewarding than giving back in a hands on way.

Set up a fundraiser online. You can do this across multiple social media platforms, or through sites such as Just Giving.

Travel abroad to volunteer at a sanctuary (it is important to do this through a reputable company and heavily research the conservation facility, ethics and practices beforehand!) Check out this handy TripAdvisor blog for more support.

Join demonstrations outside Parliament, for example against illegal wildlife trade or global warming.

Write to your MP to encourage them to engage actively in wildlife conservation practices. The law is one of the biggest changes needed for conservation.

Sign petitions — you can find many conservation related petitions at change.org or Global Citizen.

Buy sustainable, eco friendly products, especially those that give back to the environment!

Maintain wildlife habitats in your garden – check out our rewilding solution for more tips!

How does Give as you Live Online work?

Give as you Live

How to create a wildlife friendly garden

BEGINNER'S GUIDE TO VEGANISM » how to go vegan

Wildlife Rescue Association of BC

How can I find my MP?

The Wildlife Garden Project - How to help hedgehogs in your garden

Your World. Your Future.

Experts, activists and philanthropists agree, one of the most effective ways of making positive global change for our planet is to CONNECT—with each other, with organisations, with charities and specialists. The bigger the project, the BIGGER the impact, and by helping you to join the dots Planetary hopes to assist with your efforts to make worldwide change!

Create a community conservation space! Plant wild flowers, trees and hedgerows to create environmental ‘corridors’ for wildlife to move freely. Build your own butterfly, bee and bug houses and encourage an array of birds to the space using various feeders. Check out our ‘Rewilding’ solutions for more information and ideas!

Organise a community, group or school charity fundraiser for your local wildlife trust, sanctuary or animal charity! This could be a bake sale, a sponsored ‘dress down day’, a sporting event such as a run or a ticketed talent show to raise money. You could even expand this to a regular bric-a-brac or jumble sale! Contact the charity you are raising for, as many will have support booklets, merchandise and collection tins to use at your event.

Start a community or school collection hub of item donations for a specific sanctuary or wildlife facility. For example, a rescue centre that looks after hedgehogs may need large quantities of tinned foods or newspapers for bedding. Big cat sanctuaries may need enrichment products or tools for their staff. By connecting as a community, group or school (and with each other!) you will be able to collect a lot more! Make contact with your chosen sanctuary or rescue centre and ask them what they need - you may even be able to contact centres overseas and start a collection network for them!

How to... connect and collaborate!

50 Years Ago, This Was a Wasteland. He Changed Everything | Short Film Showcase

A Brief Introduction to the Zooniverse